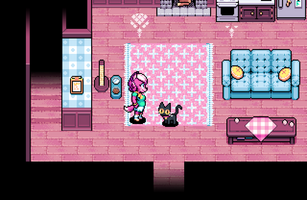 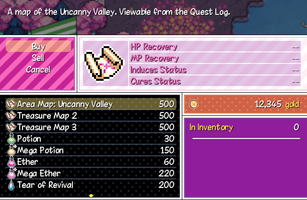 We've got a big one this time! This is the most substantial patch I've made since launch.

To update your game, simply download the new build from the downloads page. You can copy over your save files (the .rvdata2 type files) from the install folder of the previous version to continue where you left off.

Other common technical questions are addressed in the FAQ on our website. We hope everyone continues to enjoy the game!

To try and manage expectations here, while this update contains more than the usual bug fixes, I don't currently have any plans to add a huge amount of content to the game. Right now I think it's already long enough, and the game's structure (with a definitive ending and no postgame) isn't conducive to adding DLC. And also, you know, what's there already took almost eight years of my life to make, and that kinda takes a lot out of you. But these additions felt like they would meaningfully improve the experience of what's already there.

Enjoy the update, everyone!

Melody's decided to become a healer.